Belgium and its Colonies: What are the Consequences Today? 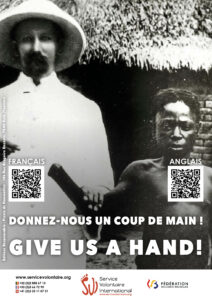 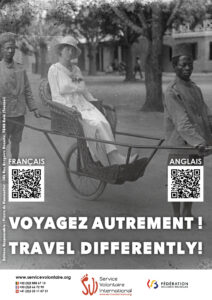 Once upon a time, in 1885, several notable European gentlemen decided to gather in a large room to divide the domination of the African continent among themselves. Hey, why not? Their goal was to ease the existing tensions between the different colonial powers of that time and establish the rules of colonisation. During this big congress — which was then called the “Berlin Conference” — King of the Belgians Leopold II managed, by means of negotiations secretly performed in the backstage of the Conference, to receive the territory of the Congo which became its personal property. A cozy little 2.3-million-km² second home he will never set foot in. Again, why not?

Hold on, now is when things get ugly. As mister Leopold was not the most sharing man of his time, he did not appreciate the fact that the local communities (who lived on HIS lands, let’s not forget it) spent their time not collecting the local natural resources for the benefit of the Belgian Crown. This resulted in one of the biggest slaughters in history, in which the Congolese who refused to extract rubber and ivory, or who did not extract enough, underwent torture, mutilation, and murder.

The case of the “severed hands” is a blatant example of the horror that the local population endured. The colonists were ordered to cut off one hand from each person they shot dead in order to preserve a proof for each expended ammunition (in some cases, hands were also cut off from people alive to account for bullets that had been used differently). Of course, there was more: women were raped, whole villages were burnt to the ground. Some people today estimate at 10 million the total number of victims. Others consider that the casualties are not even quantifiable.

All of that continued until Leopold II bequeathed his private property to the Belgian State at his death in 1909. The violence gradually decreased but did not really stop until 1960, when the Congo finally achieved independence.

So, what pretexts could legitimate such atrocities? Economic purposes? No doubt. The King of the Belgians had not waited long before monopolising and selling local lands to multiple private societies. But beyond those financial reasons, didn’t the colonists have another goal? Yes, they had: civilisation. They had to bring light to those poor people who lived in the shadow of their own primitive culture. European people had obviously been granted the noble mission of educating those ignorants.

Of course, many of those who adhered to this way of thinking did so out of pure benevolence. Many Western people who left their home country to help local communities really considered they were doing good (building hospitals, schools, etc.). But it seems hard to assert that the colonised communities actually profited from this “well-intentioned” paternalism which placed them as powerless victims, unable to act and defend themselves. Therefore, these actions were also part of a colonialist mentality which derived from the same systemic racism that had resulted in the previously mentioned violences.

Yes, today, these cruel atrocities no longer exist. But the belief of European culture being fundamentally superior to the Congolese (and, more generally, African) civilisation is still very present. We can tell by the way some voluntourist agencies promote their so-called humanitarian projects in Africa. The missions they offer are shown as life-saving operations where a young Western volunteer will enable “needy” communities to develop and thrive thanks to his/her “invaluable” help. In reality, this very well-intentioned yet naïve volunteer will mostly enable the travel agency to get handsomely richer on the backs of the local populations who won’t benefit from the volunteer’s support. If you are interested in learning more about voluntourism, we recommend that you check this page from our website, or watch this report on the subject.

Do you think colonisation has really disappeared nowadays? In what forms do you think it is still present today? We consider that the first step towards healing the wounds left by colonisation is the acknowledgment of the facts committed by the dominant States. What is your opinion of this?

Give us a hand!