Be volunteer in France 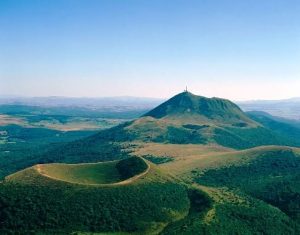 France is the largest country in the EU, stretching from the North Sea to the Mediterranean. The landscape is diverse, with mountains in the east and south, including the Alpine peak of Mont Blanc (4 810 m) which is western Europe’s highest point. Lowland France consists of four river basins, the Seine in the north, the Loire and the Garonne flowing westwards and the Rhône, which flows from Lake Geneva to the Mediterranean Sea.

The president of the Republic has an important political role. He chairs the meetings of the Council of Ministers (cabinet), and retains overall responsibility in key areas of foreign affairs and defence. The day-to-day running of the country is in the hands of the prime minister. The president is elected by direct popular vote for a period of five years. The parliament consists of a National Assembly, directly elected every five years, and a Senate whose members are chosen by an electoral college.

France has produced some of the continent’s most influential writers and thinkers from Descartes and Pascal in the 17th century, to Rousseau and Voltaire in the 18th, Balzac, Baudelaire and Flaubert in the 19th and Sartre and Camus in the 20th. In the last two centuries it has given the art world the works of Renoir, Monet, Cezanne, Gauguin, Matisse and Braque, to name but a few.

French cuisine is one of the finest in Europe; cooking and eating are part of French culture and lifestyle.

There are literally hundreds of movies that depict France as somewhat mystical. It’s a combination of artistry, enigma and culture and it lives on every street of the amazing country. Unlike other cultures, the French culture is somewhat more diverse and is present in everything of the country. Starting from the food & music to arts and culture itself, there is something quite distinct about the country. The culture has been slowly developed and has a lot of history. Today’s blog will address some of the greatest things about French culture:

The National Motto of France:

A culture is literally defined by a country’s motto and how it nurtures it people. France’s motto is Liberté, égalitié, fraternité meaning ‘liberty, equality and fraternity’. This motto has a long history for France as it dates back to the French Revolution. It also describes how important certain values are in the country which gives importance to liberty, equality and fraternity or brotherhood. The essence of French culture lies in this motto which focusses on Freedom.

We all know that the world’s most famous museum is the Louvre located in Paris but that’s not the only museum that defines France’s history. The country has numerous museums spread in all directions and its not just the museums that define the aura this country has. Some of the historical monuments or even castles that can be found in rural areas of France add to its culture and tells us a marvellous story tale.

Some of the biggest clothing companies in the world right now originated in France which tells us that French fashion is quite distinct. Major fashion houses like Luis Vuitton, Chanel and Dior all exist in this country where fashion can be seen in its purest form. People like to dress in a complicated way as well which just adds more to the beauty of its amazing culture.

There would be no Art without France:

Art can be found everywhere in the country especially in Paris and some of the other major cities. It is a wide known fact that French art is one of the influential forms of art that have revolutionized films, music and art itself. Roaming around the cities of France you will find artistry in its rawest form as Gothic and Neoclassical influences can be clearly seen in the architecture.

Cost of living in France is 2.05% higher than in Belgium (aggregate data for all cities, rent is not taken into account)

How to get there?