Stand up, Hong Kong, Stand up for your rights 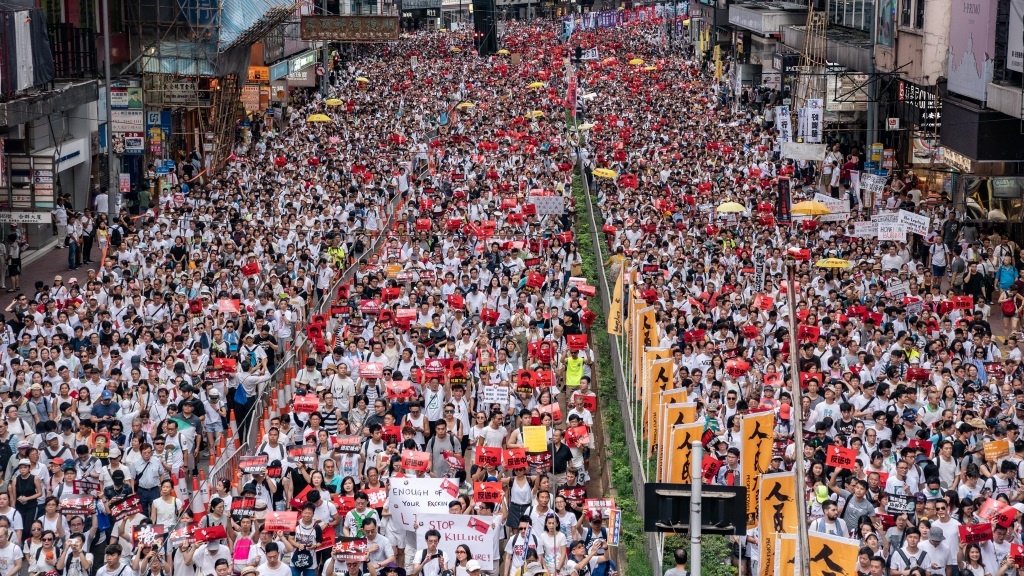 Stand up, Hong Kong, Stand up for your rights

Hong Kong youth rallies behind the fight against Xi Jinping’s China simply because their future is at stake. Today’s youth has not lived, or not long, in British colony Hong Kong. Their generation is that of transition, one that refuses to see neither their rights nor freedom restrained by an increasingly formidable and oppressive Chinese government.

For nearly a decade, the Chinese government has respected the promise made to Hong Kong and the United Kingdom, in the Sino-British Joint Declaration, of a relative liberty until 2047. In recent years, Beijing’s influence has grown in the port city, starting to erase the boundaries between the island and the mainland.

AN EYE FOR AN EYE

Since the 1st of July, anniversary of the retrocession of Hong Kong to China, protests have taken another turn. Indeed, that day marks the first use of police force on the rioters.

For a few weeks now, the people protesting against Beijing have had to deal with terrible cases of police brutality during the rallies, tear gas and rubber bullets fired at them – even in enclosed spaces; an excessive and dangerous use. A young woman has, in fact, been hit in the eye with a rubber bullet, apparently resulting in the loss of her eyesight. Since, Hongkongers have been wearing an eye patch on their right eye in tribute to that young woman and as a sign of contestation against police brutality. Amnesty International accused the police of resorting to “useless and excessive” methods.

To deal with police brutality, Hongkongers faced the need to organize for their own physical protection. To do so, they reclaimed THE symbol of the 2014 Hong Kong protests: the umbrella. It gave its name to the strike that shook the city in 2014, the Umbrella Revolution. With this, demonstrators can shield themselves from the tear gas fired by the police. It is also a means to hide their faces, thus preserving their identity.

Protesters have also been stretching plastic sheets across the streets for some time now, creating roadblocks to slow down the police and protect themselves. They have also used lasers to temporarily blind policemen and stop them in their repression.

This organization is proof that police violence did not deter Hongkongers from taking to the streets. These last few days, pro-democracy protesters occupied metro stations and Hong Kong International Airport. With these two movements, the Hong Kong people once again make their demands known, paralyzing the city so as to amplify their message.

“THOSE WHO PLAY WITH FIRE WILL PERISH BY IT”

China warns – very explicitly – Hong Kong protesters, suggesting a risk of military intervention from the mainland. As a matter of fact, over the last few days, the authoritarian regime has deployed its army at the city’s doorstep, in the border city of Shenzhen. Prior to that, Beijing had broadcasted propaganda videos on television to quell and tame demonstrations. The video showed the Chinese army quelling a riot at the heart of the city. The threat of a Chinese military intervention currently weighs on the former British colony, the ghosts of the 1989 Tiananmen Square massacre looming over the city and the Chinese government.

A YOUTH COMMITTED TO ITS FREEDOMS

Young Hongkongers are rising up to prevent their basic civil rights from being taken away from them. Not only are they protesting against the extradition law, but they are also fighting for their freedom of speech, of demonstration, of press, … In short, all the freedoms that do not go hand-in-hand with Beijing.

FOR A FEW WEEKS NOW, WE WANT TO TELL THEM:

We are all Hong Kong! “Don’t give up, Hong Kong! You are not alone. Carry on!”

We cannot catch a glimpse of an umbrella without thinking of you, the young people of Hong Kong, and your fight for your fundamental rights (helped by the amount of rain on the weekend of 15 August).

AT IVS, commitment, whether international or not, is seen as crucible for cutural openness and the building of life experiences, smashing prejudice, disdain and bias to smithereens. Commitment is the banner we fly. We relay projects of every kind and all over the world under this banner. Young volunteers come back changed, as citizens of a world that is not only theirs, once narrow and confined. Commitment.

When the price is a life, an eye or the risk of police violence, one’s Commitment, such as the young Hongkongers’, must be written with a capital C. We NEED to hammer to the young IVS volunteers that their project goes beyond meeting new people and culture. At its heart is survival, safeguarding elementary rights.

We are afraid and amazed by your bravery.

Young discerning, active and supportive citizens, look Hong Kong in the eye; well, in the good one.

In it, you will see reflected Commitment, true Commitment. One that does not stop at the end of a project led at the height of summer in an international workcamp. On the contrary, one that dares thread along the edge of a precipice and risk being crushed by China-led tanks.

We stand up with you, and all our thoughts go to our local partner, Voltra. Go watch their message and most importantly, share it.