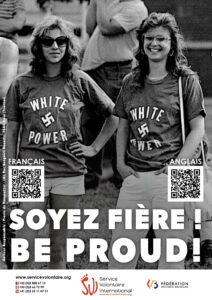 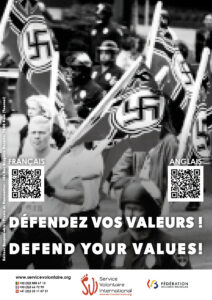 On 15 March 2019, an Australian far-right extremist terrorist entered two mosques in Christchurch, New Zealand, and fired at all the people who were inside. He killed 51 people and injured 49.

On 12 August 2017, a car rammed into a group of non-violent anti-far-right protesters in Charlottesville, USA. One victim, 35 injured.

In 2016, in New York, polemicist and activist Gavin McInnes founded the Proud Boys, an organization exclusively for men that advocates for “the values of the Western world” and against feminism and multiculturalism. They firmly support Donald Trump and the carrying of weapons. The Proud Boys several times attacked physically left-wing protesters, notably defenders of the Black Lives Matter movement.

In 2011, Norwegian Anders Behring Breivik committed two consecutive terrorist attacks in Oslo and Utøya, killing 77 people, including 69 members of the Workers’ Youth League, a youth organisation affiliated with the Norwegian Labour Party. He claimed all responsibility for his actions and declared that his goal was to eliminate the “cultural marxists” who let Europe be “colonised by Islam”.

In 2010, French political activist and writer Renaud Camus popularised the Great Replacement, a theory that implies that European people are currently undergoing a slow intentional process of substitution by “foreign” populations, coming mostly from Maghreb and other African countries. The author was convicted for incitement to hate and violence against Muslims in 2014. Despite this, some politicians like Marine Le Pen keep explicitly referring to this theory.

In 1990, the youth association Heimattreue Deutsche Jugend was founded with the purpose of educating the younger German generation to the far-right ideology. The young people who took part in the HDJ camps also received military education. Clearly neonazi-oriented, the association was only forbidden in 2009.

The two pictures you can see above were taken in 1986 and 2012. Neonazism exists in many people’s daily lives, today, in the 21st Century. It can be blatant, as in the previously mentioned facts, or much subtler, as in the disguised ideas of some modern far-right parties which are growing more and more popular across Europe (51,80 % in Italy and 33,70 % in the UK for the last European elections, 25,94 % for the last Swiss federal elections). Denying its existence is denying that of the original nazism. Talking about it is a way to keep fighting it.

But you might not agree with this last sentence. Maybe you consider that we should censor and forbid such political parties for their incitement to hatred and their dangerousness. Or maybe, conversely, you think that we must let this ideology be fully expressed so that everyone is aware of its existence. Put it under the spotlight to stop it from growing in the shadows. After all, censoring is victimising. And victimising is popularising.

Be proud to defend your values!