From the Founding of the Ku Klux Klan to the Present Day: What Has Changed? 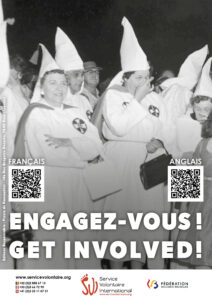 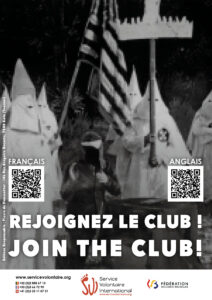 The Ku Klux Klan was born in the (kind of disturbed) minds of six southern American ex-officers, after the end of the Civil War. On Christmas Eve 1865, these now unemployed officers decided to gather in their small town in Tennessee and set up a club made up of former soldiers, without having any specific activity idea in their minds. They started thinking for a name and agreed on “Kuklux” which derives from Greek term “Kuklos”, meaning circle, to which they affixed the word “Clan” (very present in their common Scottish culture background). That was the first day of the Ku Klux Klan in this world.

Shortly after its birth, the baby grows fast and reaches 400 members in barely a few weeks. The members take the habit of parading in the streets, wearing white long robes and hoods, in order to impress the population, especially those whom they refer to as “Niggers”. They were very proud of their success, as they felt they had finally found an efficient pressure tactic on the Black community who was being granted more and more rights since the North’s victory, which the KKK couldn’t bear. And that is how the Klan’s true orientation unveiled itself. Quickly, the members stopped restricting themselves to mere unjustified intimidations, and started using verbal and physical threats, violence, mutilation, and, finally, murder.

Over the 1920’s, they slaughtered thousands of innocent people.

So, you might say: “Of course, we know all that. Nobody is questioning all those atrocities. But what is the point in posting these pictures? What does it have to do with today’s world?” What it has to do is that, in the past, the Ku Klux Klan emerged from the fertile ground of nationalism, supremacism, hatred and fear of the other. And it is not hard to notice that this same fertile ground is once again present nowadays (rise of certain political movements, atrocities committed by different radical groups, etc.).

Let us make this clear: we are not implying that History is repeating itself, or that the crisis we are currently facing is in all points comparable to those of the past. We simply want to incite you to examine today’s society with the same hindsight as the one we have when we observe an era that we consider as bygone. And yes, we said “considered as bygone”, because the Ku Klux Klan remains and still consists of about ten thousand members today. We couldn’t recommend you more to watch the movie BlacKkKlansman, which traces the true history of Ron Stallworth, an American black policeman who infiltrated the KKK network in the 1970s by becoming a full member. Moreover, even though the KKK is not present in Europe, we have political parties who get more and more popularity by supporting similar ideas under the guise of seemingly defending the lower classes.

How do you think the ghost of the Ku Klux Klan is still haunting today’s society? Do you think its ideology has been irredeemably buried? Do you consider that similar organisations should become illegal? Do you think that all civil or political movements that support related ideas should also be forbidden?