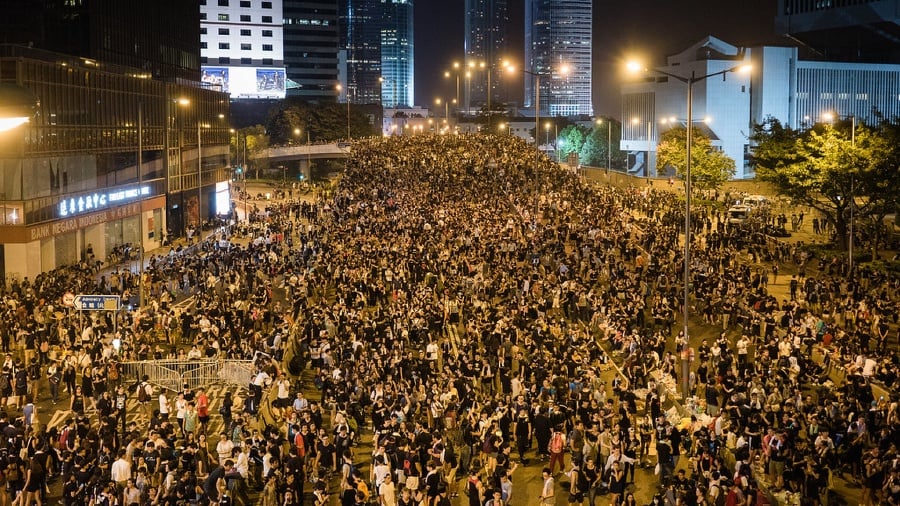 Torn between Beijing and Buckingham, Hong Kong is actually trying to assert its identity when faced with the growing threat of China.

ONCE UPON A TIME IN A BRITISH COLONY IN CHINA…

During the retrocession of Hong Kong to the People’s Republic of China, the United Kingdom insured that the city retain its advantages, liberty and democracy, in the Sino-British Joint Declaration. That treaty allowed the establishment of a new structure in China, based on the “one country, two systems” principle. However, that system was not meant to last from the start: the treaty stated that the island’s peculiarity would only last 50 years, thus ending in 2047.

Today, the port city – the face of democratic China- is in upheaval, despite the treaty. The people of Hong Kong are rising up against Beijing and the endangerment of its democracy. This is the birth of a political engagement against Beijing’s political regime, an engagement growing everyday.

THE GRAPES OF WRATH

For a few months now, the Hongkongers are rebelling, but not only against the government of China. As a matter of fact, they are also rebelling against the political leadership of the Special Administrative Region. These leaders are pro-Beijing and thus tend to be close to Xi Jinping’s government. In fact, the extradition law, meant to soon be submitted to a vote by the Hong Kong leadership, is the main issue of the people’s rebellion.

Insurrections and unrest broke out following an anecdote, totally unrelated to politics or the Chinese government: a young man from Hong Kong murdered his girlfriend while on a trip to Taiwan. The young man then returned to the port city and turned himself in to the Hong Kong authorities. That is when the problems started. The murder having taken place in Taiwan – the island also has a special political status –, the Hong Kong authorities cannot charge the man with murder. Extradition, as in most countries, then seems to be the solution. However, there is a problem: there is no extradition agreement between Hong Kong and Taiwan. The only way for the two countries to set up such an agreement would be to make China part of the agreement, thus providing the mainland with a right to extradite with Hong Kong. Beijing would indeed make the most of the situation to further its authority on the island, which it has been trying to assimilate slowly over the recent years.

The Hong Kong youth is not only fighting against China but also for its freedom.